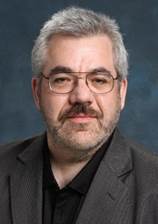 Business travel thoughts in my own, personal opinion

Why Don’t You Care That I Hate You? 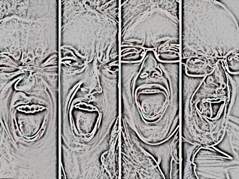 In the world where I grew up, if you were in the customer service business and people hated you, your firm wouldn’t last very long.   There was a pizzeria a few blocks from my childhood home in Brooklyn where the owner called the neighborhood kids “little bastiges” and chased them away all the time.  This was instead of being a place where they could go for lunch or dinner.  The pizzeria didn’t last for very long.  How could a business meant to serve people endure when the ownership treats its customers and potential customers like dirt?

I raise this question because CBS News just published an updated list of America’s most hated companies, and of course United is the only major airline to make the list.  They share the honor with companies recognized as serial sexual harassers, chemical polluters, hacked-releasers of personal information and right-wing fake news.  Many of the firms on the list are (appropriately) being shunned by their target consumers.  United though is one of the group that doesn’t seem to care that it is hated.  Beyond a few “we want to do better” comments from their leadership here and there, nothing really changes.  Remember, this is the airline that wouldn’t replace its CEO – even after multiple catastrophic failures – until a Federal investigation revealed things like bribery and graft.  Apparently, if you claim you’re ‘passenger friendly’ while removing benefits and comforts left and right, and have your poorly chosen IT systems crash over and over, you’re still OK in the eyes of the United board – unless you get caught at something.

Sadly, after their CEO was replaced, after a new president came on board, and after being exposed as an unfriendly bully, United has done little or nothing to improve the experience of its customers.  The airports still suck, the clubs still suck, the attitude still sucks, more benefits have been removed and awards devalued …and with all of that they still have the gall to call themselves “friendly.”

Why does a large company – any large company – think it’s OK to continually upset its customers?  Why isn’t that being treated like the crisis – or potential crisis that it is?  Why isn’t the board firing everyone after another negative earnings call?  Or, more to my point I guess, why aren’t those in charge there able to at least correlate the poor financial performance to the poor experience of its customers?

Most organizations nowadays have adopted the belief that nothing is more important than the experience of its customers.  Not the airline industry however.  They are generally still focused on the failed model of 20 years ago – where they can treat the top 1% of its customers with care and just screw everyone else.  The industry still believes that it can drive revenue from these high spenders and virtually ignore everyone else.  Deregulation has allowed this fantasy to fester – as people have fewer choices for non-stop flights – but rest assured that it is a disease that will eventually drag-down the industry.  The cost savings and revenue increases that would come with operational excellence are obvious to everyone outside of the airline boardrooms.  When the failures come home to roost the current boards and C –suiters will likely be long retired with their golden parachutes.

But the question remains, why does a firm (and the people that run it) think it’s Ok to suck?  Didn’t these people’s parents instill any pride in them?  Don’t they want to be liked, and want to go to sleep at night knowing they did a good job and did the right thing by their customers?  I have to believe that the only explanation is that they don’t care that we hate them.  And sadly, an honest slogan like ‘we don’t care about you’ would likely not sell many tickets.

This article was written by David Danto and contains solely his own, personal opinions.

All image and links provided above as reference under prevailing fair use statutes.